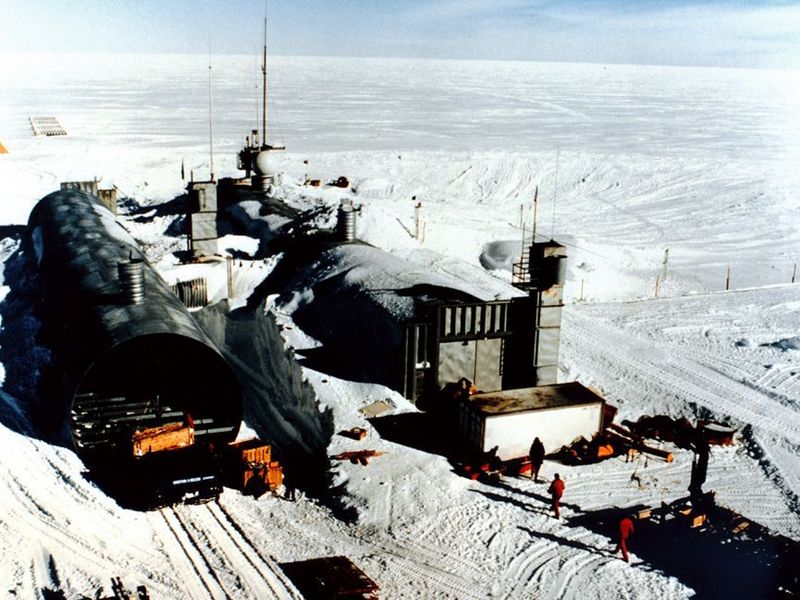 The research station, exposed to snow storms and temperatures of as low as -60°C, has been designed to accommodate 30 scientists and technicians. The station has been founded on floating shelf ice. All living quarters, laboratories and facilities for research, power system with waste heat recovery, heating, water supply, waste water disposal, fire protection and operation are located in insulated compartment units inserted into steel tube shelter structures.

The compartment units were largely prefabricated and in part already fully equipped in order to save assembly time on site. For larger rooms, which were For larger rooms that were assembled from several cells, it was possible to use a partially assembled element construction method.
To protect them from the weather and to prevent them from melting into the snow, a sort of second skin was laid in the form of corrugated metal tubes with a large cross-section. corrugated metal tubes with a large cross-section. Due to their almost elliptical shape, these tubes, which have been tried and tested in Antarctica, absorb the wind pressure and the high snow load expected later.