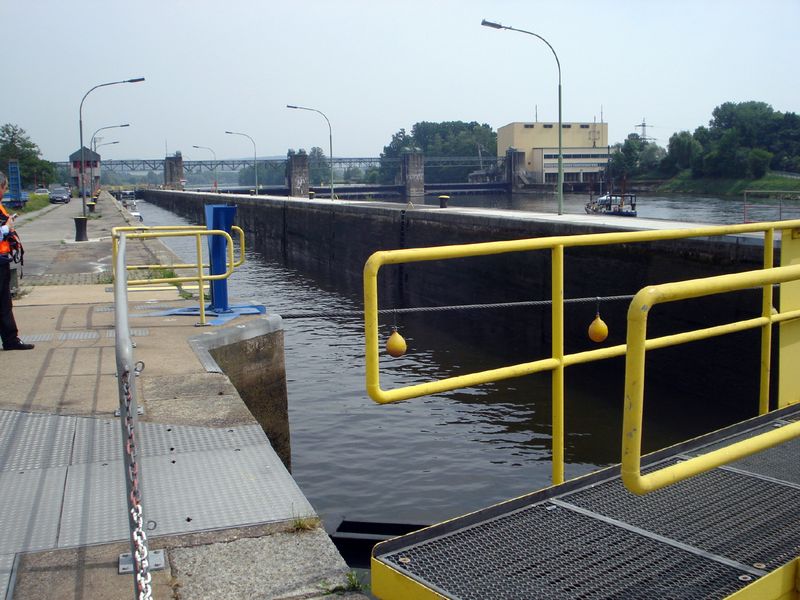 The assignments, alongside quality management and internal coordination, consist of services for project planning including draft of cost calculation and technical documentation for

Barrage Obernau is located on the federal waterway Main near Aschaffenburg und was constructed between 1927 and 1930. Now, being in a poor condition because of its age, it has to be replaced. If the damage was to increase in the years to come, neither operation nor the facility itself would be safe any more.

As there is no possibility to mend the lock without a significant operational disturbance during operation, it has been decided - after having examined several alternative plans - to construct the new lock with a usable length of 300 m and a usable width of 12.5 m water-sidely to the existing structure. The consequent discontinuation of a weir field requires the weir and the hydropower plant to be substituted simultaneously.

The new three-bay weir to be constructed (with a width of about 120 m) is to be placed about 120 m beneath the existing weir centre. This new construction will be performed during lock operation. The execution of the assigned HOAI service phases 2-6 of the structural framework and project planning is carried out by a planning association.