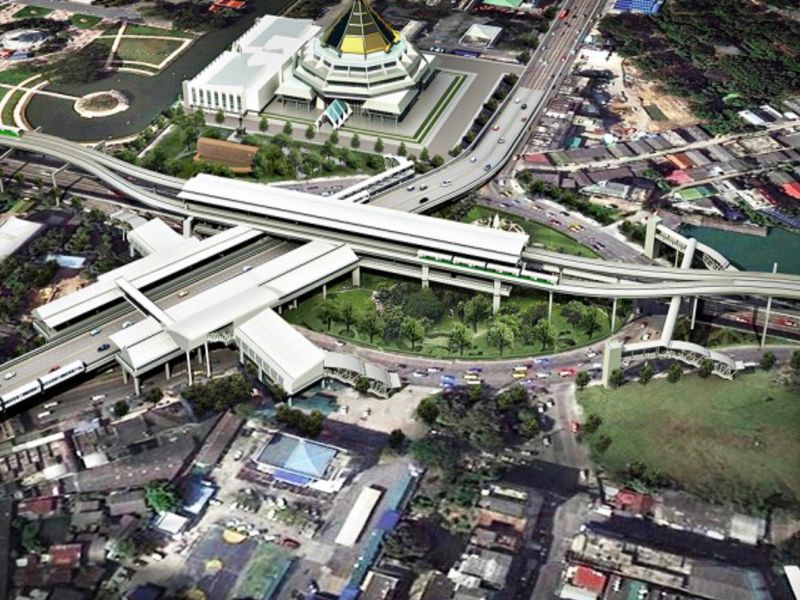 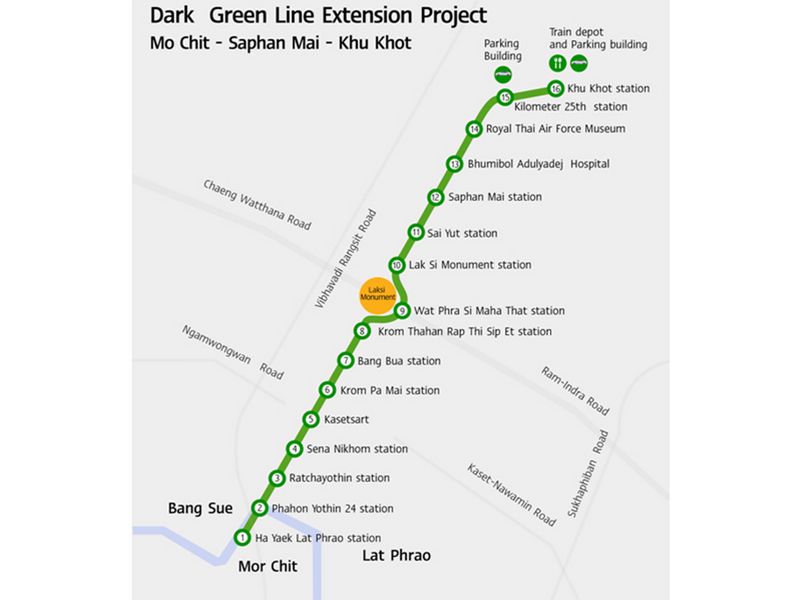 This section has approximately distance of 19 kilometers with all 16 stations elevated. The project starts from the BTS route at Mo Chit station. Then it goes along the Phahon Yothin road, crossing Don Muang toll way at Lat Phrao intersection, passes Ratcha Yothin intersection and Kasetsart university intersection. At soi Phahon Yothin 55, the alignment diverts to the left side of the road until reaches the Phithak Ratthathammanun Monument or Lak Si roundabout.

After that the alignment diverts to the centerline of the Phahon Yothin road, passes Ying Charoen market and when it reaches to the 25th kilometer of Phahon Yothin road. The alignment diverts eastward (north of Bangkok Door area), passes the side of Khu Khot Provincial Police station. Then it goes along median of Lam Luk Ka road and ends at Klong Song which the depot and the operation control center are located.

The depot is near Khu Khot station with a total area of 130 rais. There are 2 park & ride buildings. The first one is at the 25th kilometer of Phahon Yothin road (1,042 cars). The other one is near Khu Khot Police station (713 cars).

The track gauge is standard gauge with 1,435 millimeters width. The track gauge is measured inside the running track which 14 millimeters below the top of rail. Rolling Stock is the 750 volts DC rolling stock with 4 to 6 cars. The system has a service capacity of more than 50,000 passengers per hour per direction. Fare collection system, signaling and communication system and power supply of this line are the same as in the Chaloem Ratchamongkhon Line.