Construction Authority for the Improvement of the Mittelland Canal in Hannover 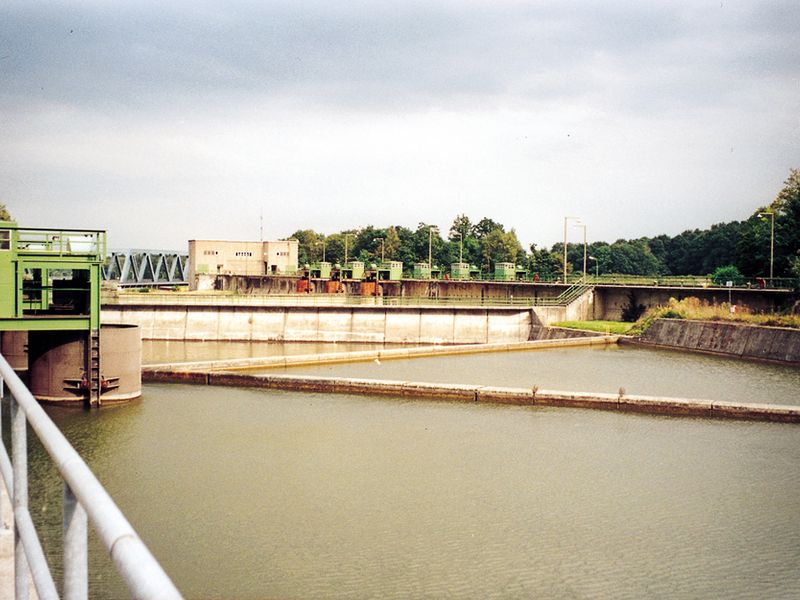 The Mittelland Canal is to be improved as a class Vb European waterway for barge trains and large motorised barges, thus meeting the expectations relating to future ship sizes and anticipated freight volumes.

Part of the improvement works concerns the adaptation of the locks to match the new dimensions.

The Sülfeld lock complex lies some 10 km west of Wolfsburg and was constructed as a double chamber system during the period 1934 to 1938.

The axes of the two existing chambers are offset from one another by 90 m, and are each equipped with three open fan-shaped water-saving basins on both sides, thereby reducing the lockage volumes by 60%.

The northern chamber was found to be in better condition and was able to be renovated from 1988 to 1990.

The southern chamber however had to be completely rebuilt, with a usable length of 225 m and a width of 12.50 m, together with two lateral staged water-saving basins.

The scope of the new works includes the connections to the mooring bays, a beam-and-slab bridge across the lower pound, an operations building, access tracks with all necessary service lines, and the construction of a new pumping station.