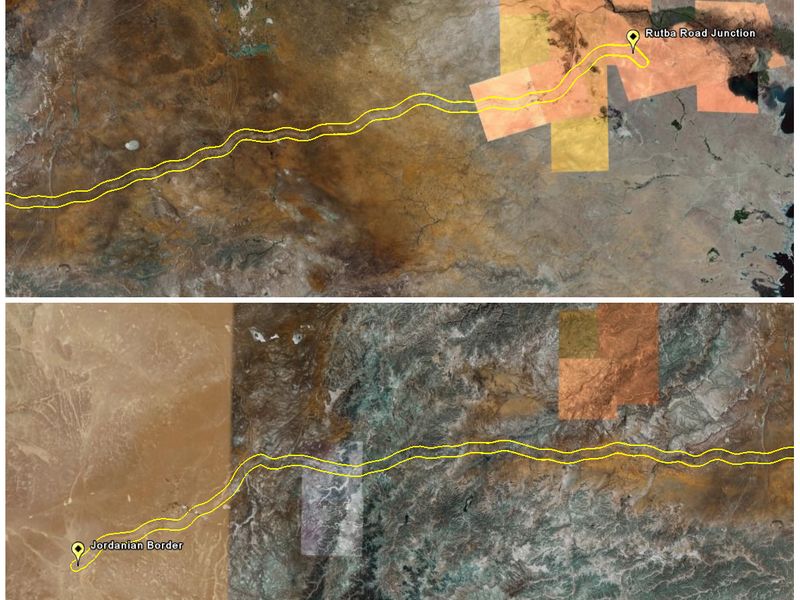 The Iraq-Jordan railway link as part of the planned infrastructure network of the Masterplan shall connect Iraq with his neighbouring country Jordan. The planned corridor will link Mafraq Al-Rutbah (Rutbah Junction) with Trabil at the Jordanian border. The investigated track contains 14 passing stations, 3 small und 3 large stations (Al Rutbah, station 6 at km 341+800 and Trabil). It is expected that the new railway link will improve link commodities and passenger flows to a faster, more competitive and more

secure access to the national and international markets. It has to be considered that the so called Dry-Channel could play an important role in the future of Iraq. The idea of this connection comprises several inland railway connections between ports in the south of Iraq and the ports on the Mediterranean Sea. Therefore a proper realization of the planning of the Iraqi-Jordanian railway link as part of the Dry-Channel has a high priority.