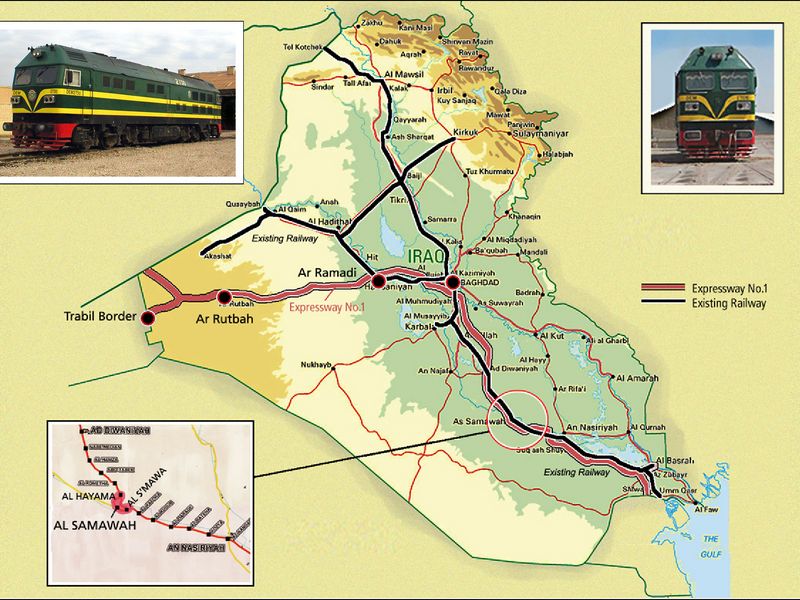 The railway between Hajama and Sawa (ca. 17 km) is a section of the existing single track railway line from Baghdad to Basra and its harbour.

Iraqi Republic Railways (IRR) intends to upgrade the line between Hajama and Sawa with a second track parallel and as close as possible to the existing track. Along this stretch the railway is crossing the Euphrates River and two of its branches on three major bridges as well as three local roads on single superstructure bridges.

The section is located in the Mesopotamian Delta Plain. The upper tens of meters of the subsoil are built up of alluvial fine grained and compressible deposits. The groundwater table is close to the surface.

Almost the entire section of the existing railway runs on embankments with heights up to 11 m. The embankments will be widened on one side for the new track.